Let's Have a Happy Wednesday

Start off with Speed Sound lessons every day using the link below.

Films will show at the times below and be available for 24 hours.

Join the Talk For Writing Superheroes

Jo, Raja and Sammy have helped lots of people. 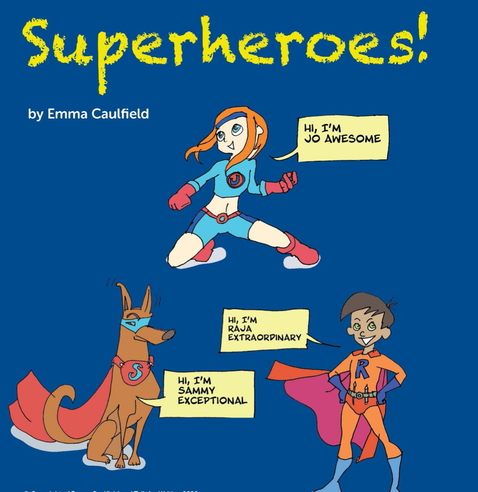 Here’s one of their stories.

★Let’s start by reading it together.

You can also listen to an audio recording of this story here:

It was an ordinary day. Jo was on her own in the backyard, kicking a football into the makeshift goal that she’d once scratched into the wall with the edge of a sharp stone. She was dreaming of a time when she would play for the local football team again. Raja was covered in paint. She’d been busy occupying her brothers and sisters while her mum tried to get her work done, and Sammy, in the meantime, slept soundly in his basket. One of his enormous ears had flopped over his eye, his favourite squeaky bacon toy was trapped beneath a podgy paw and his droopy eyelids flickered as he chased wasps in his dreams.

Activity in the local park was ordinary too, or so it seemed. Children played on the playground whilst adults chattered, groups of teenagers were gathering, and joggers sprinted along the paths.

“HELP! HELP!” came a sudden shout from the playground.

Jo’s legs and feet began to tingle. Raja’s drawing hand pulled her towards a paint brush and Sammy stretched, turned over noisily and went back to sleep! As Jo and Raja left their homes, they changed. Jo Awesome’s blue cape glided behind her as she dashed towards the park, activating her super-booster to help her get there more quickly. Raja Extraordinary’s red cuffs glowed as she desperately held onto the flying paintbrush.

They arrived at the park at the same time, “What’s the problem?” panted Jo.

“Follow me!” Raja called over her shoulder as the paintbrush dragged her towards the playground.

As Raja and Jo reached the edge of the playground, they could see that a crowd had gathered at the bottom of the spider’s web climbing frame. Children giggled and pointed, and adults stared up in silence. “Look!” whispered Jo, nodding her head towards the top of the spider’s web.

Raja followed her gaze up to a small, snivelling child who was dangling from the top of the climbing frame with one hand, about to fall!

Quick as a flash, Raja painted a mini trampoline which Jo used to bounce up and over the crowd and then grabbed the child as she somersaulted them both down to safety. With the crowd’s whoops and cheers buzzing in their ears, Jo raced home while Raja flew back to her house on the flying carpet she’d painted. Jo returned to ordinary Jo playing keepy-uppy in the back yard and Raja returned to ordinary Raja cleaning up the painting mess she’d left behind.

And as for Sammy, an alarm sounded in his head and his ears pricked up. Someone somewhere was crying. They needed to talk and Sammy Exceptional to listen...

Read each sentence and think about what the words in blue might mean.

1.It was an ordinary day.

2. Jo was on her own in the backyard, kicking a football into the makeshift goal.

3. She’d been occupying her brothers and sisters.

4. Sammy, in the meantime, slept soundly in his basket.

6. Groups of teenagers were gathering.

7. Joggers sprinted along the paths.

8. She dashed towards the park, activating her super-booster.

9. A small, snivelling child was dangling from the top of the climbing frame.

Can you write out the word with the correct meaning? 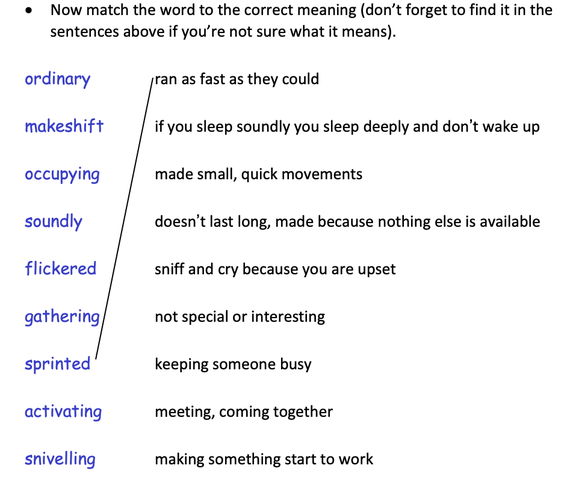 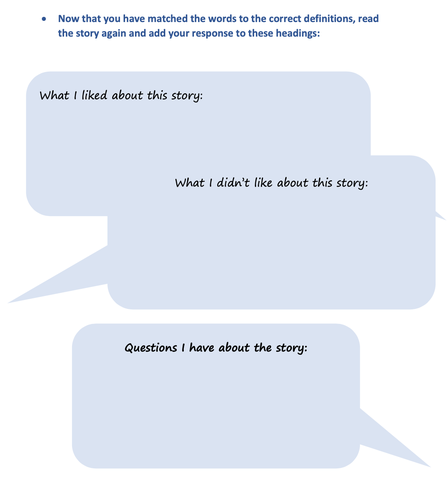 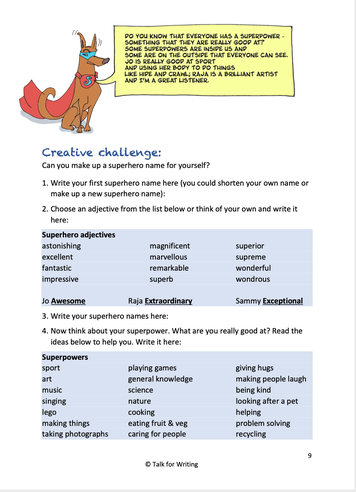 To start today's lesson, watch this video from KS1 Maths that explores the difference between 2D and 3D shapes. Log on to: BBC Bitesize Shape 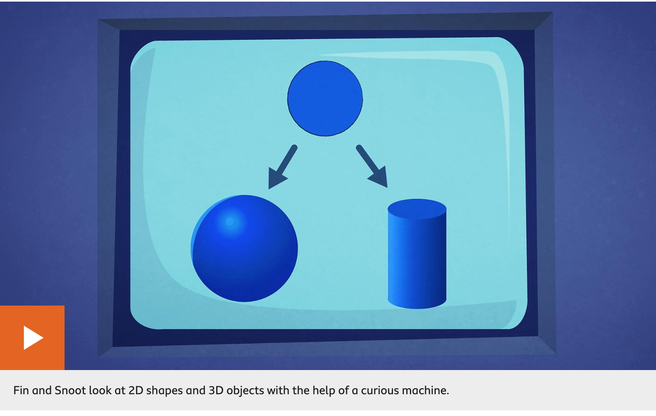 Watch the videos and complete the questions 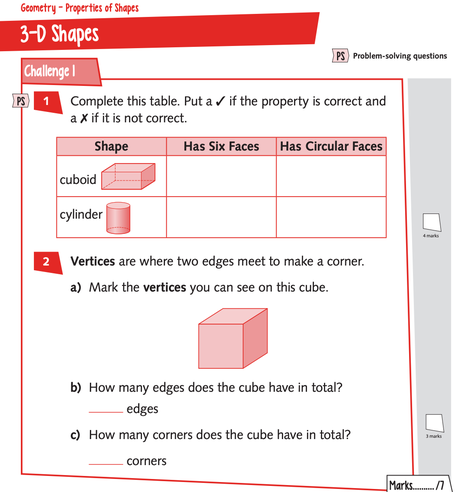 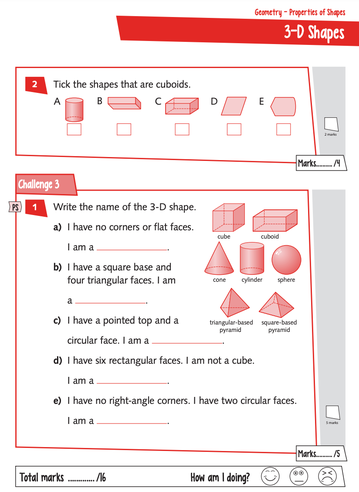 Go on a minibeast hunt

Spring has sprung and Summer is well and truly kicking in now, and the warmer weather will bring lots of creepy crawlies out. So get out in the fresh air and take a closer look at your garden. You'll soon notice it's teeming with wildlife! Can you find.......

You could make Natural Art

To mix things up, put the pencils and crayons to one side and look for natural art materials instead. Collect fallen leaves, petals and sticks and use them to make a picture or sculpture. Please make sure you don't pick wildflowers, however, as they are important for wildlife and some are protected by law.

You could even use the objects as 'stampers' or paintbrushes - dipping them in paint and rolling, brushing or stamping them on paper to create interesting patterns and effects. 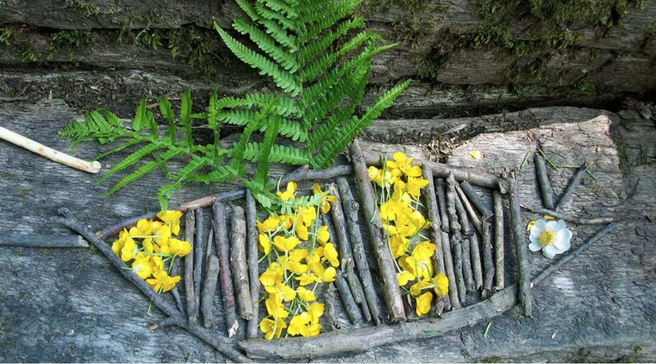 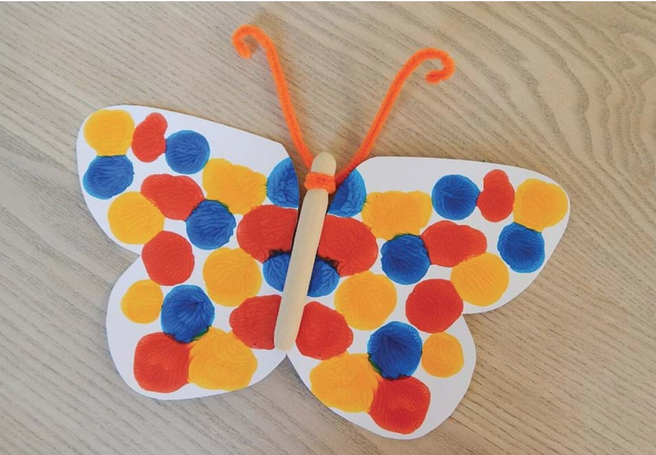 This craft has the wow factor! All you need is paint and some paper. Simply splodge paint on one half of your paper and fold it in half so the paint spreads on both sides. Carefully open it up to reveal a beautiful butterfly.

Once dry, your butterfly will make a cheerful decoration for your home. Or you could even turn it into a card to send to a grandparent you won't see for a while.

Unfortunately not the ones with chocolate chips.

Some cookies are necessary in order to make this website function correctly. These are set by default and whilst you can block or delete them by changing your browser settings, some functionality such as being able to log in to the website will not work if you do this. The necessary cookies set on this website are as follows:

Cookies that are not necessary to make the website work, but which enable additional functionality, can also be set. By default these cookies are disabled, but you can choose to enable them below: