Bare Trees Primary School is committed to safeguarding and promoting the welfare of all children.
We expect all staff and visitors to share this commitment.
For more information, please click here to visit our Policies page.

Congratulations Bare Trees! We have been rewarded for our commitment and engagement in sport and PE with the Gold School Games Award for the 4th consecutive year.

Pupils across KS2 have used the rowing machine to beat their personal best in a 30 second sprint. Teams from each year group competed against each other. Please see the results below.

Girls' League Football Match. Well done to all the girls who represented school.

During the first half of the Summer term Miss. Ashfaq and Miss. Howells took part in an after school Rounders club for Year 1/2 children. 36 pupils took part, they learnt the skills required to take part in a rounders match. Each week they played a game competing against Miss. Ashfaq's and Miss. Howell's team. The children absolutely loved the competition and enjoyed taking part in physical sport alongside their peers. Have a look at our photos!

Well done to the Year 5 & 6 Bare Trees' Rounders Team who played in a school qualifier tournament at Newman College this week. Super effort!

Pupils have been using the trim trail and other equipment to complete the Daily Mile in a variety of ways. Well done!

A good effort from the year 4, 5 & 6 Girls' Football team who played against Corpus Christi recently.

Our Health Champions enjoyed another jam-packed day at a workshop with lots of different schools in Oldham. This term's health message is 'Moving Me'. So get moving, enjoy exercising and stay healthy.

Pupils enjoyed training with Abul this week, picking up tickets for Saturday's match against Grimsby in support of Kick It Out. OAFC School Partnership.

OAFC Player Visit. Pupils across Key Stage 2 were fortunate to meet George Edmundson & Jose Baxter to ask them questions and see some skills.

Our Health Champions delivered their 'Happy Me' messages in an assembly last week, which also supported our whole school Emotional Health and Wellbeing week. Pupils shared positive messages on a Shout Out Wall.

The Bare Trees Health Champion enjoyed attending the 'Happy Me' workshop during the first half of the Spring term. The Health message for the Spring term is 'Happy Me'. Look out for our great work during 'Emotional Health and Mental Well-Being Week'.

Congratulations to all our children who ran a combined total of 3200km during their Daily Mile in the last two weeks before Christmas - the equivalent of running from Chadderton to Lapland!

Oldham Athletic FC Match Ticket Competition: Here are some of the winning Healthy Lifestyle entries. Congratulations to all our winners!

A great team in our new Primary Stars kit.

Cross Country Festival 2018. Well done to all teams who participated. A super effort from everyone.

Year 5 pupils took part in a mixed football tournament at Radclyffe School. They were a credit to Bare Trees and thoroughly enjoyed the competition. Well done!

Pupils in Year 3, 4, 5 & 6 can enter our competition to win 2 match tickets at OAFC. Pupils need to submit their entry before the 26th October.

Ready for the new year with new sports gear!

Pupils at Bare Trees have participated in additional healthy, P.E and sporting activities this week.

We have been lucky enough to have a player/coach from Werneth Cricket Club lead sessions during lunch. Year 6 and newly appointed Year 5 Sport Leaders have worked hard managing our Summer Sport Festival for both Key Stages and in classes pupils have created a variety of healthy snacks.

On Thursday, we had an early morning Wake n Shake on the playground - well done to all those joined in!

Year 6 continued with their Heartstart sessions and competed in a mini Badminton Tournament on Friday.

We have also introduced our new Key Stage 2 equipment trolley for use at play and lunch times.

The Summer Sport Festival scores have been counted up and Platt were the overall House team winners.

The Bare Trees 'Health Champions' attended their celebration award ceremony at Chadderton Town Hall. They received their awards for all their hard work over the year. We have also chosen our new 'Health Champions' for the next academic year. The children from Year 6 were very proud to receive their certificates from Stephen Humphrys (a footballer, born in Oldham who now plays for Fullam FC). Have a look at our photographs!

Our Health Champions want everyone to get 'moving' during the summer term.

Oldham Health Champions came together at their last meeting and created a wonderful poem - well done! 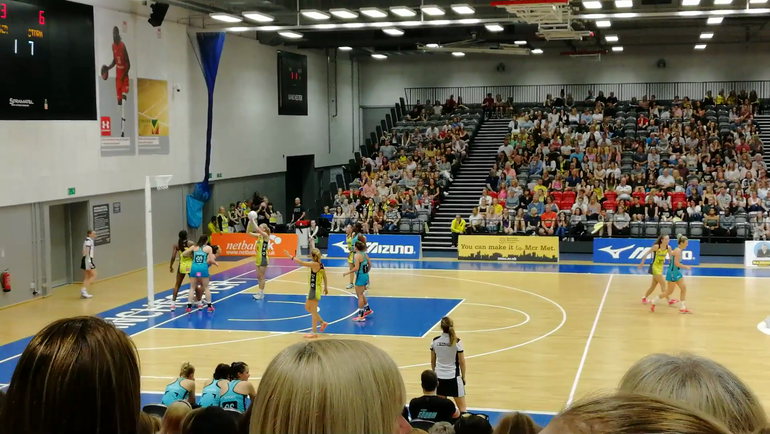 Sport clubs this half term - Summer 1.

They battled well in their 1st match but lost 6-1

Thank you to everyone's support and participation throughout Sport Relief Week. We have had lots of fun and raised money for an important charity. 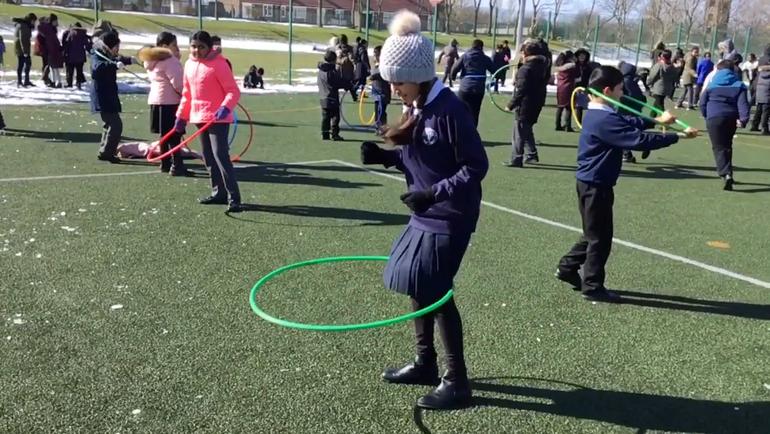 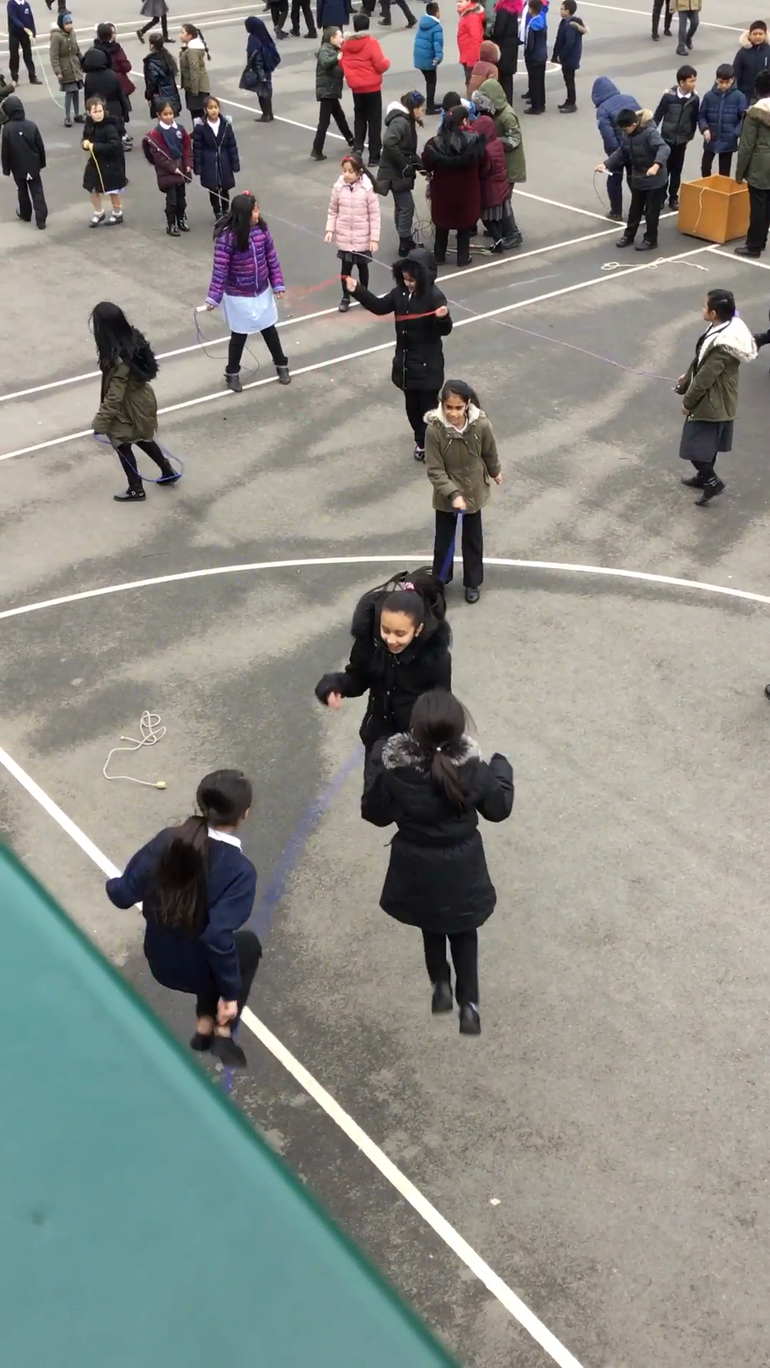 Participating in the Daily Mile each day won Bare Trees a special guest assembly with Kelly Massey, who is an Olympic, Commonwealth & European medalist.

Bare Trees is pleased to introduce a new climbing wall - a super addition to our trim trail.

This page will be updated regularly with news of clubs, competitions and festivals.

This autumn, children in Key Stage 2 will have the opportunity to participate in a range of clubs. Including after school Tennis and Hockey clubs.

On Wednesday 25th October, Bare Trees will be hosting a Cross Country Festival (inviting other schools across Oldham to compete). In preparation, we will also have an after school running club for those children who have been selected from Year 5 & Year 6.

Boys' Football, Girls' Football and Premier League are all now taking place on a weekly basis.

It's great to see so many children active at school!